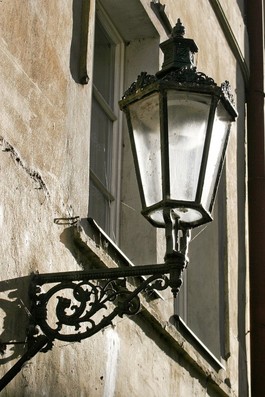 Discover the hidden city known from Franz Kafka literature with the Prague private guide in a very personal atmosphere.

Born in Prague, Franz Kafka became one of the most significant Prague Jewish-German writers whose popularity worldwide draws attention to Prague and it´s magic atmosphere.

On this three-hour Prague walking tour you will get acquainted with the life and work of Franz Kafka and other famous Kafka´s mates, writers such as Max Brod, E.E.Kisch, Franz Werfel or Gustav Meyrink.

You will learn about the political and social background that influenced this ´Prague Group´ so much and wander around the places connected with them such as cafés they used to go to, streets known from their books or even F. Kafka´s grave in Strasnice Cemetery.

Also the former Jewish Ghetto with it´s old legends  became a significant influence on their work and will draw your attention.

Learn why the Golden Lane at the Prague Castle and the present-day building of the US embassy in the Lesser Quarter became an important inspiration of F. Kafka´s work.

Meeting place: hotel lobby (unless you require some other place)

“It is important to have a good local guide to show you this marvelous city so you can really appreciate all that Prague has to offer. Petra is the best guide I have ever worked with in Prague! She knows everything about this city – the history, architecture, fine arts, music, where to eat and shop, contemporary culture, out of the way places — and communicates that information very clearly. I have led 60 different group tours throughout Europe in the past 20 years, and usually work with local guides in each city, so I am familiar with the qualities of a good guide, and I can assure you that Petra is excellent. You will love seeing Prague with her.”